A full-time student who likes blogging about things we all experience as part of life, other articles I see on the web and a little bit of technology along the way!

So just under 5 months ago I took the leap over to London in order to get my career well and truly underway. With lots of hard work, some long hours, strategy and a fantastic social life, life is super. Simply brilliant. Although I am still single it would be great to meet a partner but hey — no rush.

Moving away from home

Personally the move away from home was easy as I left home to attend university and even when I lived at home I was independent. Looking back on my experience so far if you could choose to leave home — do it. You only ever have one life, you must live it and a good way to do that is to leave home to create and restructure your life. It is not about forgetting about your family but it’s about doing what is right for you.

Get to know your family

Everyone reading this does not know what is around the corner. OK, you might be in great health right now but who knows what little scare you or a loved one could get tomorrow. Whatever way you look at it, and if you’re like me very positively, you should get to know your family very well because you never know how much time you all have together. Enjoy and seize every family moment — that’s your time too.

Appreciate what you have.

PS it’s fantastic to be back on here blogging. Will try to keep at it again. See you guys around, hopefully.

A few weeks’ ago I went out for lunch (yummy) and during lunch I was joking about a few things, which have now become a post, and how life is like a circle and cycle. Let me tell you what they are.

The passenger’s seat in the car
As a child I used to think the car seat looked ‘grown-up’, mature, more comfortable than the back seats. As an adult it’s a seat with a better view of the road, sometimes used to keep an extra pair of eyes on other cars etc.
Going to bed early was like a punishment
As a child I disliked going to bed early. I loved staying up late. As an adult going to bed early is like a treat. It recharges the batteries, allows one to relax, unwind and chill-out ahead of a new day tomorrow.

As a child I always wanted to get into the front seat, no matter where I went. At the time the passenger’s seat was a real luxury seat, it looked more comfortable and adult-like.

Life is a full cycle. You do things, see another perspective whenever it comes back round again.

We all have a book on life. You know, the one where you live and save memories too? At the moment in my life I have relocated over to London, UK, to begin a digital marketing career. It’s exciting right now but very busy hence my lack of blogging over the last load of weeks.

I sincerely hope everyone reading this is doing really well and writing their book life too. Are you?

Hopefully in a few weeks I’ll schedule in some blogging time.

For centuries sugar has been linked to dental decay. More recently there has been more research into sugar and the outcome is not great. Let’s analyse why sugar is bad for you.

Sugar is actually good for those who require quick energy, for example, cyclists or marathon runners. Sugar is used by the body to make energy. Access sugar is likely to cause fat: Sugar makes people fat.

In the human body sugar is converted into glucose which is transported all over the body, literally in every cell, through the bloodstream. Eating too much sugar causes a constant sugar spike and this can be bad for your organs.

Nutritionally sugar is, for the most part, just sugar. There is no fibre or other minerals in sugar. Sugar should only be used by those who will use it up quickly.

Recently scientists have discovered that sugar contributes to: diabetes; heart problems (cardiovascular); alzheimer’s disease; and obesity. Sugar is bad for your body because it just makes more glucose floating around you blood unnecessarily.

After I lost a family member to dementia, a part of the alzheimer’s umbrella, I started to look into what causes you to lose memory. The complexity of the brain is simply not understood and, therefore, the exact cause and treatment of alzheimer’s is unknown. Recently scientists have started to link memory problems with the western diet: Sugar is a large component of a western diet alongside read meat and bad fats. 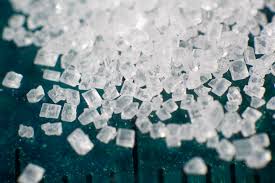 Once you start to reduce your sugar intake take this a further step forward by, for example, choosing low sugar fruits, such as, kiwi and blackberries over high sugar fruits, for instance, the tropical family (pineapples etc).

Climate changes are taking place in the northern hemisphere, for example, Russia and Canada (in Europe and Western Alaska this is at a lesser extent). Certain regions are seeing climate changes but this does not mean global warming does exist. Climates, ever since we have recorded them, have always changed. The reports are trends and nothing else — there is no such thing as global warming.

A thorough study does state that human beings are causing some of the observed warming and cooling. Global warming as a concept is not wrong because humans are destroying the environment, which, alongside the shrinking and expanding ice caps, partly explains why temperature variations occur in the first instance. We need to take action.

The Antarctic sea has, over the last 35 years, expanded to an all new record high. Global warming is not really global since the whole globe is not heating up.

But have some places been reported to be at a record high? Yes. But these reports do not report that other places have been at their record low. In other words as 1 place heats up, another cools down. Weather changes are simply trends.

Look into this yourself. Most of my references, see below, are authoritative but after a quick search engine search please be a little cautious of media organisations and other money driven and influential industries because their ‘facts’ are not usually objective.

Whilst this post shows that global warming is made up there are some unknown questions, at least for now, they include:

In preparing this post I also watched a bit of David Attenborough’s documentary on global warming. He, unfortunately, claimed that global warming was real but he failed to note that ice caps are getting bigger, or, at least within the first 20 minutes. I was surprised the BBC and Attenborough himself did not carry out a full analysis before broadcasting the documentary. Watch media organisation’s with caution. They don’t always get it right.

Find what you were looking for…